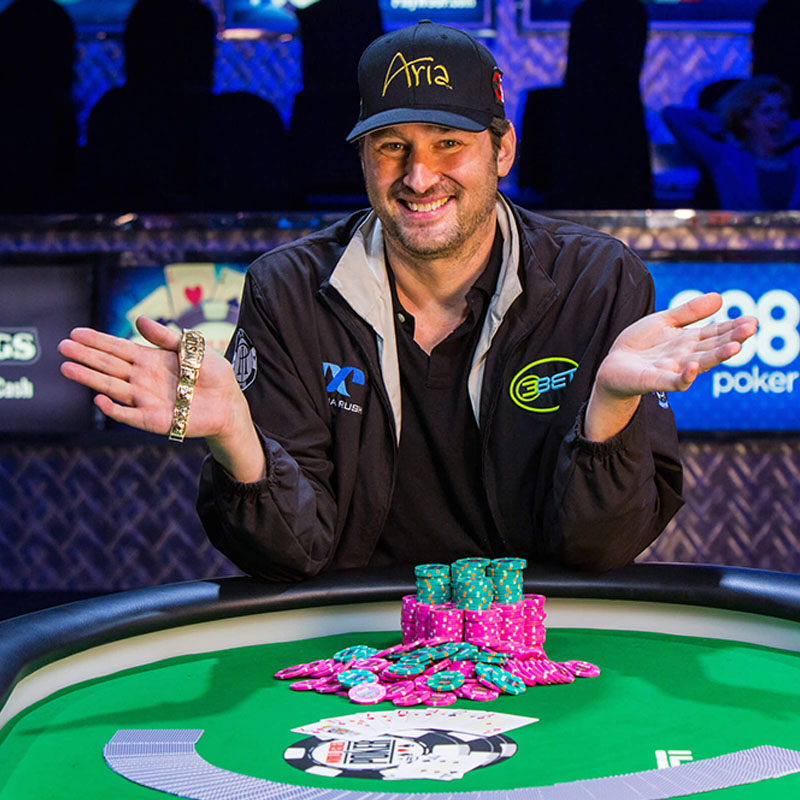 Philip Hellmuth is a world famous American poker player. The player became famous back in 1989, having won a WSOP Main Event bracelet. Then the young man was only 24 years old and he became the youngest prize-winner of the tournament. It is worth noting that even after such a significant victory, Phil played excellently without losing shape.

Poker has become a "native" for the young genius since childhood. He often played with his family. But he took up poker seriously at a young age, as a university student. During his studies, the student managed to collect a tidy sum (a bankroll of $ 20 thousand), but at the same time, gaining experience, he drained his savings in Las Vegas in just a few weeks. The second conquest of Vegas was more successful. Phil took $10,000 from there.

After the overwhelming win, the young player decided to leave his studies at the university and completely immerse himself in the world of professional poker. For the sake of his dream, he had to earn money on a farm in order to exist for something. The parents of the young talent reacted badly to his venture, but did not influence the decision. And Phil proved that he did absolutely the right thing.

The player's most epic year is 1989, when he won a fabulous sum of money at that time - 755 thousand dollars. After such a furore, Helmut's life changed dramatically. He began to participate in the most prestigious tournaments and win prizes, which is why the young player's authority grew by leaps and bounds. Phil's name was famous in the world of professional poker players.

Until 2006, Hellmuth won 10 WSOP bracelets, and the next year he entered the Poker Hall of Fame thanks to his talent and mathematical mind. Helmut is a very charismatic player. He not only plays well, but also emotionally. Sometimes he is so unable to contain his emotions that he can throw a couple of unflattering remarks to his opponent.

And finally, some interesting facts about Phil Hellmuth:

Hellmuth is not only an excellent poker player, he is also a very charismatic and interesting person who is interesting to watch. Therefore, he actively conducts social networks and even arranges charity tournaments. The player maintains his personal blog, where he describes the game of poker, shares useful information with beginners and teaches how to behave correctly and correctly while playing the smartest and at the same time gambling game in the world. Philip Hellmuth has repeatedly admitted to the press that his plans include winning 24 bracelets.