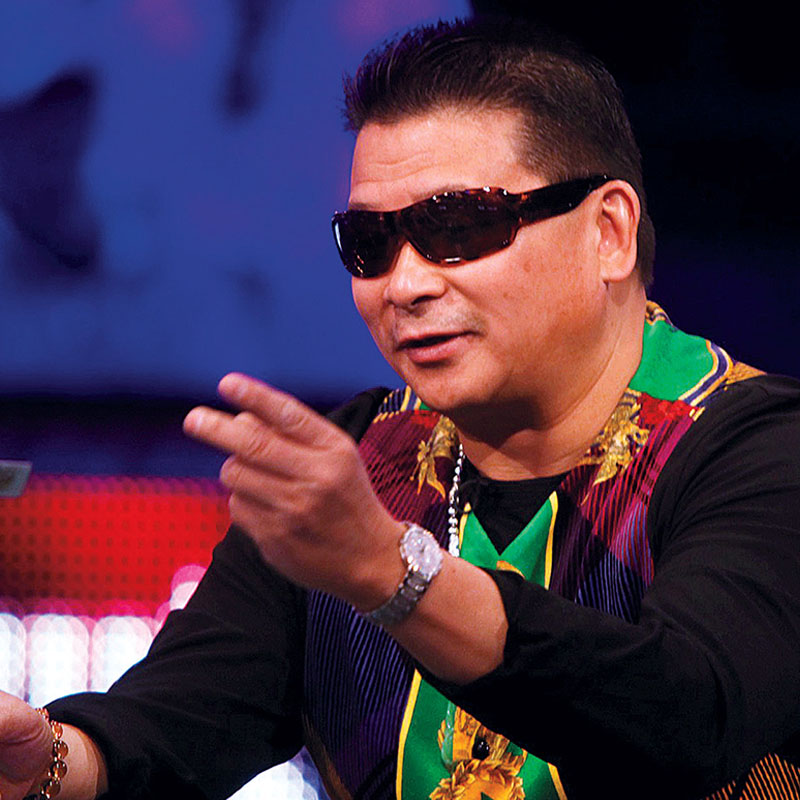 Johnny Chen is one of the most famous poker players of the world famous Bellagio Casino, which is located in Las Vegas. He is on a par with such professionals as Doyle Brunson, Harry Brinstein, etc. However, Chen went to his "Olympus" stubbornly and faced many difficulties.

The great player was born in China. His family lived quite modestly. But at the age of 6, little Johnny emigrated with his family to Hong Kong. Some time later, Chen and his family moved to America. Johnny's parents began to develop rapidly. In Houston, where they finally settled, their parents opened a small restaurant business.

Young Chen adapted to the American environment for a long time. He still did not know English well, but his inner perseverance allowed him to catch up with his peers and speak at an initial level. Chen studied at an American school, for a long time getting used to the local culture. Bowling became the guy's biggest hobby. When he helped his parents, he always managed to knock out a few strikes. It was at the bowling alley that Johnny got acquainted with such a game as poker. And that became his true passion.

At first, Chen played with his friends with minimum blinds, however, soon, the rates began to seriously increase. When the young guy was only 16 years old, he decided to try his luck at the table in Vegas, but his age did not allow the young man to play legally. Then he took $500 with him. Surprisingly, Chen won $ 20,000 that evening. But like any other rookie, Johnny lost all his money the next day.

Although Johnny was in love with poker, he attended a local college in Houston. There he learned to manage hotels and restaurants in order to inherit his parents' business in the future. But poker has not left the soul of the young genius, and at the age of 21, Chen dropped out of college and headed to Las Vegas to pursue a career as a poker player.

At that time, the life of a young man was diverse. He sometimes won money, then he lost everything to zero. Famous professional Doyle Brunson once said about a young guy that he is very talented and hot, but he does not always know how to keep his composure and quit the game when it only brings expense. By the way, at that time in Vegas there was not yet such an abundance of Asian poker players, and many opponents sat down at the table for the sake of interest, thinking that the guy was playing badly. But their opinion turned out to be wrong.

In 1982, Chen redefined his lifestyle, switched to healthy foods and quit smoking. This just influenced the game of the poker player. Since then, Chen has won 10 World Series of Poker bracelets. Johnny played twice with Phil Hellmuth. He lost the first game, but won the second. This victory earned him the 7th bracelet.

Today Johnny Chen is a venerable, established poker player whose past mistakes beginners learn from. The main goal of the player is to open their own casino. Given the experience and skill, Johnny Chen in the near future will still be able to carry out his plan.