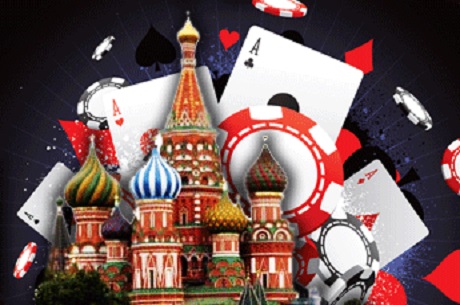 As you know, online poker in Russia has long been under legislative pressure. If everything is more or less clear with offline, then in the field of online news that concerns the influence of the state on the poker industry is constantly changing and updated. Of course, the Russian Federation is not unique in this matter: as in other countries of the world, here they are trying to take control not so much of online poker itself as of the financial flows associated with it. So, let's try to figure out what online players need to know about legislative changes in the Russian Federation today.

This problem is, perhaps, considered the most important, because we mentioned above that control of financial flows is today a priority goal of the state. It's no secret that poker players from Russia are trying to hide online financial receipts from the state in order to avoid paying taxes, and this is easier to achieve with foreign payment systems.

True, even with control over domestic payment systems, the law has difficulties: the wave of blockages that befell Sberbank cardholders did not find a continuation in the case of other banks or, for example, the electronic QIWI system. Of course, this does not mean that attempts to take control of the Russian monetary systems will not continue.

Returning to foreign payment systems, two measures were taken against them, namely, changes in laws 115-F3 and "On the national payment system". The essence of the edits is that:

Online poker players are unlikely to take the first point seriously, given that NETELLER and Skrill cards are not anonymous. But point number 2 is associated with certain difficulties, and for the state as well, because technical work and financial costs from the bank are required to implement the amendment.

The summer revision has an important nuance: the banks were given a closed list of countries whose maps fall under the need to control cashouts. It is unclear if the list includes Great Britain, which is the "fiefdom" of Neteller and Skrill, but even if there is, then everything is not so bad. To get full information about transfers from the payment system, you will need a decision of a local court, so in the vast majority of cases the state will not bother with transactions. In addition, NETELLER and Skrill are not banking organizations.

That is, given the scarcity of data that the authorities can obtain without a court decision, as well as the numerous and laborious procedures that are needed to "dig up" the necessary information and evidence (for example, in the case of a tax one), the players should not have much concern. Unless in the future in the Russian Federation it will be decided to restrict the circulation or dispatch of cards of the above systems to Russia or mandatory identification will be introduced when withdrawing cash through ATMs.

Exchange of financial data between the Russian Federation and foreign countries

From 2019, Russia will participate in the global CRS data exchange process. The authorities will have access to information about foreign bank accounts of Russians: first about accounts with a million population, then about smaller ones. True, as in the case of cards, Skrill and Neteller's clients have minimal fears here, because, not being credit or banking organizations, these systems are not required to take part in the exchange of financial information.

Ban on the use of VPN and anonymizers

At the end of last year, the authorities took steps to limit access to prohibited sites for Russian citizens. These bans have also been applied to poker sites. First, the blocking was organized by the RKN, then by Internet providers. However, neither bans, nor possible sanctions affected the fact that hundreds of resources continued to work thanks to VPN and proxies. The main problem, again, comes down to the technical implementation of bans and restrictions, including those related to online poker in Russia.